Group Paging is effectively a tannoy type service that enables a message to be sent/paged to multiple users/devices.  This is different to Push-to-Talk which is a one to one paging service only.

With Group Paging site administrators are able to configure Paging Groups with a telephone number and assign users as Originators and Targets to be a part of the service.  The Originator users have the ability to send a Page to the group, the target users are the recipients of the Page. A user can be both an originator and a target.

When the originator dials the Paging Group number the feature alerts users assigned as targets and connects them into a muted multi-way conference with the originator. The originator can then make an announcement to all the targets.

To configure the feature, navigate to the Business Portal as a site Administrator or higher and select Sites>Features>Call Groups>Group Paging. 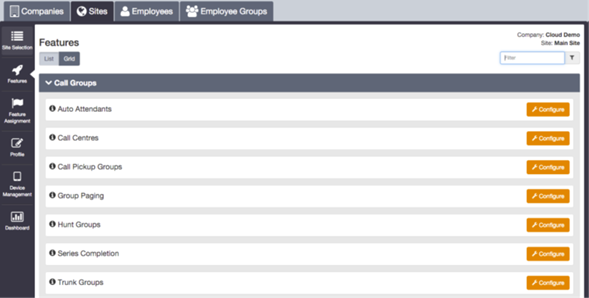 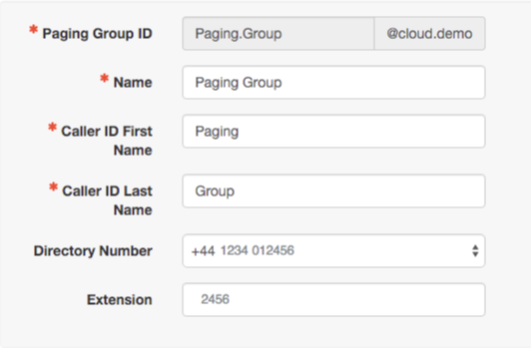 The site administrator has the ability to define the list of users who can originate the page to the targets. 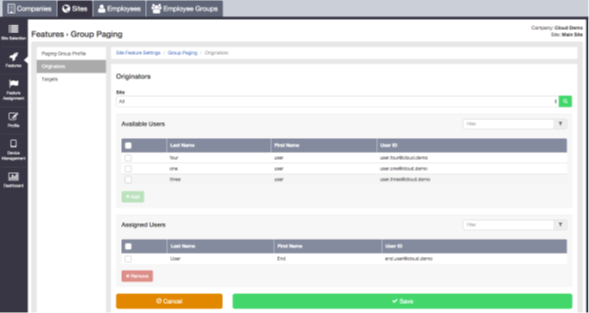 The list of users that will receive the page is referred to as ‘targets’. 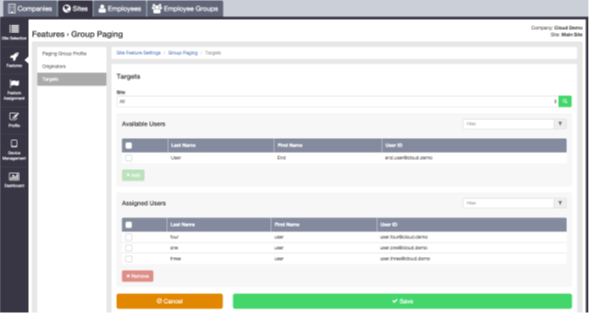 When an originator sends a page to a device, the target device will immediately auto answer the page, if supported. If the device does not support auto-answer the target handset must manually answer the call within the ‘confirmation tone sending timeout’ as described above.

A target user can be deactivated even though this user is part of a paging group. Once a target is deactivated, the user is removed from all the associated paging groups.

The paging group will always request the target devices to auto-answer the page. To support this, the handset must be able to interpret the supportAnswerAfter SIP parameter in order to auto answer the page.  The supportAnswerAfter SIP parameter is supported by the major IP Phone devices which includes the devices we sell from Polycom and Yealink. Therefore, with the standard default configuration these phones will auto answer Group Pages using the speakerphone.  Target devices that do not have the ability to auto-answer can manually answer the page within the confirmation tone timeout.

The following conditions must be adhered to in order for the feature to work successfully: