The Series Completion feature allows you to create a “call forward busy chain” that handles calls to lines that are busy by hunting for a free line using a specified, ordered list of Users. When it encounters a call to a User whose line is busy, it uses the order of names in the list to hunt for a User whose line is idle.

When a call attempts to terminate on one of these Users and finds a User busy, the call overflows to the next User on the list, until an idle User is found or the end of the list is reached.

The Series Completion feature provides a special hunting capability that is well suited to support a key telephone system (KTS).

Unlike Hunt Groups that use separate phone numbers to distribute calls, all calls to any number in the list will trigger the hunting capability. Series Completion is initiated for any call terminating on a member of the Series Completion Group.

A Series Completion group can be viewed as a call forward busy chain, among selected members of a group.

For each list, you need to specify a set of Users and the order in which the feature is to alert their respective lines if a call is placed to a User in the list whose line is busy. 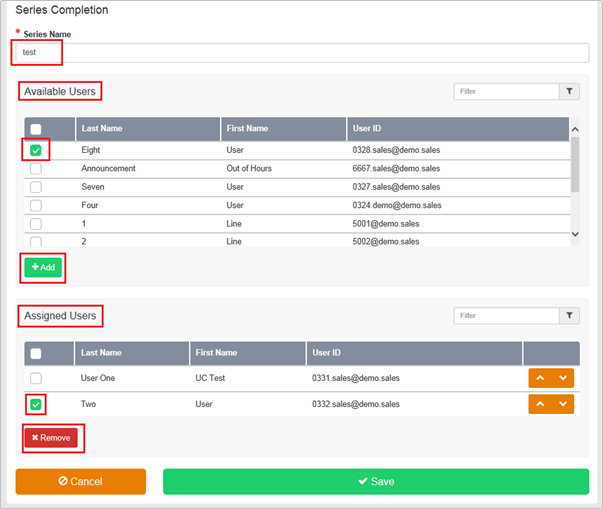